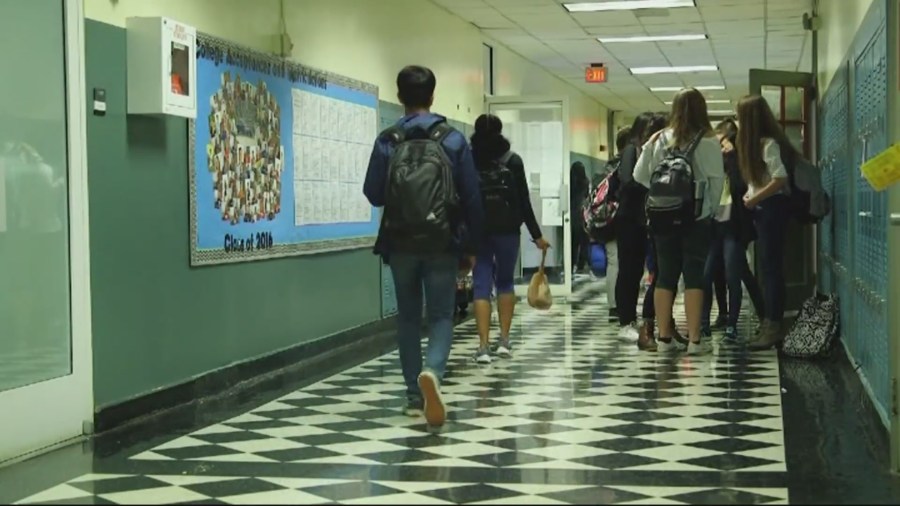 DENVER (KDVR) — The decision by Denver’s School Board to phase out school resource officers (SROs) might not have the impact many would suspect.

It turns out there are currently only 17 school resource officers in a district of 220 schools.

Each high school in Denver has an SRO, as well as a few select middle schools.

On Thursday night, the school board voted unanimously 7-0 to reduce the number of school resource officers to about a dozen by December 31, 2020 and to eliminate all of the positions by June 2021.

“We understand this is not the most popular decision,” said School Board Member Tay Anderson, adding, “This is not saying we’re going to be coddling our kids and try to hide bad behavior.”

In fact, Anderson says Denver police will still be called when needed and points out the district has its own force of 165 guards, some armed and some unarmed.

In the 2019-2020 school year, School Resource Officers made 203 arrests at Denver Public Schools including 10 for weapons violations.

Bacon said the board wants a broader approach to security, which could mean using the $720,000 spent on school resource officers and redirecting the funds towards more nurses, counselors and school psychologists.

“We’ve put all the money into law enforcement where we want to do some more preventative work,” said Bacon.

“If your child can’t return home at the end of the day, no amount of mental health treatment or education is going to be worth anything,” said Castillo.

“I’m appalled that because what’s going on in our current environment today – this just seems to be the flavor the day say – so we’re going to go with it. We’re talking about defunding police departments, now we’re removing SROs from schools,” said Castillo.

But school board members believe in a district where 72,000 out of 93,000 students identify as kids of color, the presence of law enforcement has sometimes done more harm than good.

“The majority of students that have been arrested or ticketed are students of color between the ages of 10-years-old and 15-years-old,” said Bacon.

“While we have enjoyed working with the students and staff at Denver Public Schools, the Denver Police Department respects the Denver Board of Education’s decision to end the school resource officer program in Denver Public Schools. We will work to ensure there is a comprehensive transition plan and will still be there to support the schools, students and staff as needed.”

Currently, there are SRO’s in the following schools: