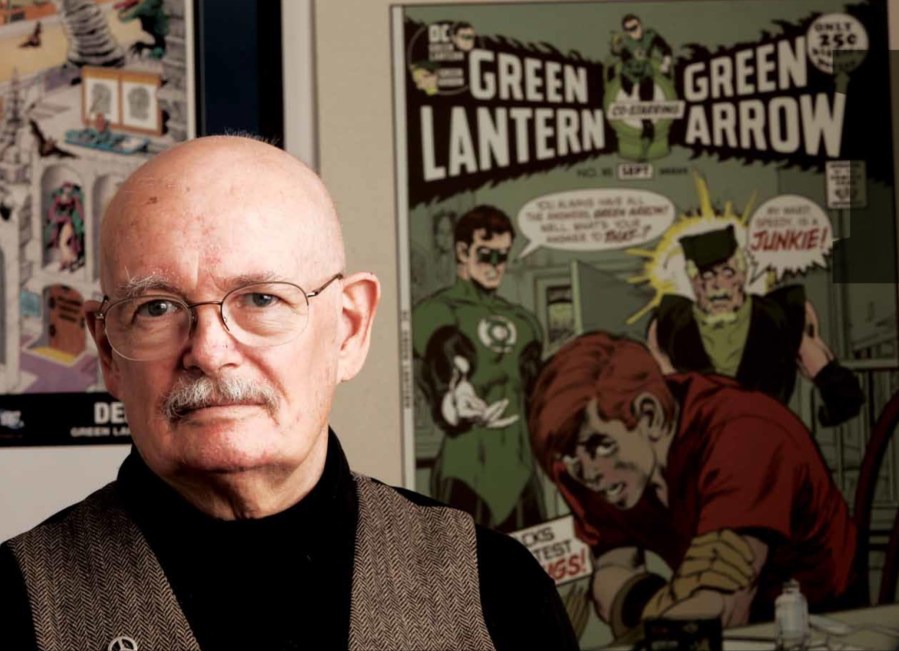 ST. LOUIS – The comic book industry is mourning the loss of one of its storytelling titans.

Dennis “Dennie” O’Neil, a St. Louis native who worked for both Marvel Comics and DC Comics in a career spanning four decades, died Thursday at the age of 81. A cause of death was not released.

O’Neil graduated from Saint Louis University in 1961 with an English degree and went to work as a journalist in Cape Girardeau. He joined the US Navy and was involved in the nation’s blockade of Cuba during the Cuban Missile Crisis.

After completing his military service, O’Neil was hired to work at Marvel Comics and given a turn with characters Doctor Strange, Daredevil, and The X-Men.

In the late 60s, O’Neil signed with DC Comics and spent the next 12 years working on Wonder Woman, Justice League of America, Green Lantern and Green Arrow, Batman, and Superman.

In a 2011 interview with SLU alum magazine Universitas, O’Neil took pride in returning Batman to his darker roots following the end of the campy television series of the 60s.

“Batman is a wonderful storytelling tool because he’s terribly human,” O’Neil said. “Oh, he could beat me up, bench-press 500 pounds and do a marathon in two hours, but the reason he exists is a childhood tragedy. It’s one that is so deep in kids, fear of loss of parents. It’s the basis of a lot of fairy tales.”

O’Neil returned to Marvel Comics in 1980 and got to work on “The Amazing Spider-Man,” as well as “Iron Man” and “Daredevil” books.

In 1986, O’Neil went back to DC Comics and returned to serve as editor on “Batman” titles, as well as writing for “The Question” and “Green Arrow.”

O’Neil is even credited with coming up with the name Optimus Prime, leader of the Autobots in “The Transformers” series.