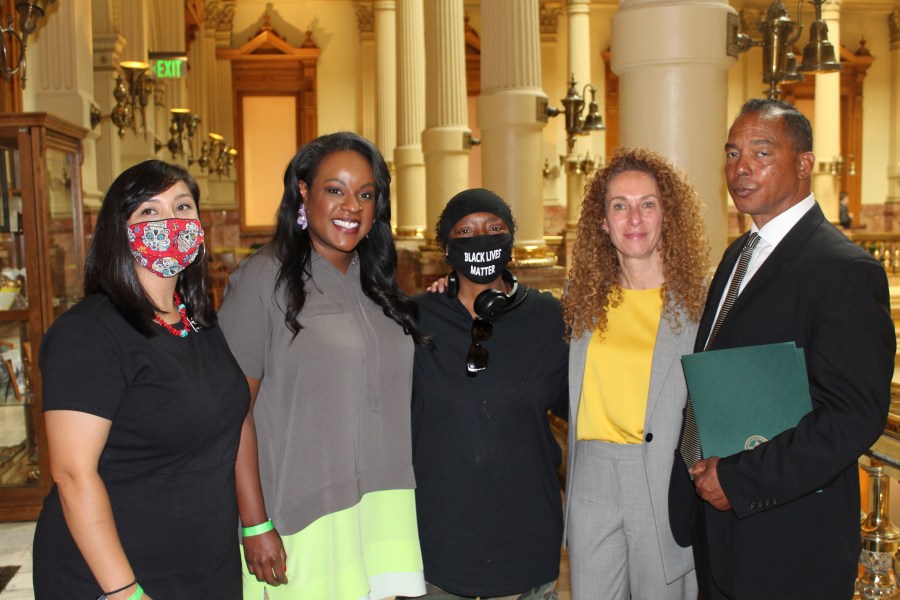 DENVER (KDVR) — The House passed a bill on Friday that is meant to ensure transparency, integrity and accountability of Colorado’s law enforcement.

The bill will now go back to the Senate for “final touches” before heading to Gov. Polis.

“This historic bill stands as a testament to the tireless work that advocates, protesters, and justice-seeking Coloradans have done for generations,” said Rep. Leslie Herod. “We’ve come a long way and we still have a long way to go. But today I’m proud to say that my co-sponsor Rep. Gonzales-Gutierrez and I took action to enact sweeping reform and correct the injustices that Black and Brown communities have suffered at the hands of law enforcement for far too long.”

The purpose of the Enhance Law Enforcement Integrity Act is to enact several provisions that would prevent police brutality and increase transparency and accountability for Colorado’s law enforcement.

“It’s not every day we have the opportunity to vote on a true life or death issue in the legislature, but that’s exactly what we did today,” said Rep. Serena Gonzales-Gutierrez. “The bill we passed today will make lasting, overdue change to our law enforcement system and will hopefully prevent the deaths of Black and Brown people at the hands of police in Colorado. I am honored to have accomplished this work with another woman of color, Representative Herod. This long-fought struggle for true justice has been going on for generations, and although this is a great victory for the movement, our work is nowhere near done.”

The following provisions were included in the bill:

Gov. Polis released the following statement about the bill:

“I commend the sponsors and lawmakers on both sides of the aisle for their efforts to pass this landmark reform bill. This is about a pattern of injustice and unfair treatment that Black Americans and communities of color have endured, not only in our criminal justice system but also in aspects of every day life. Coloradans should be proud our state is leading the way to make policing more accountable, restore trust in law enforcement, uphold an individual’s civil liberties, and lay the groundwork for future discussions of criminal and juvenile justice reform. I am honored to be here at this moment of time, alongside so many passionate Coloradans on the journey towards a more equal, more just, and more peaceful society as I sign SB20-217 when it reaches my desk.”