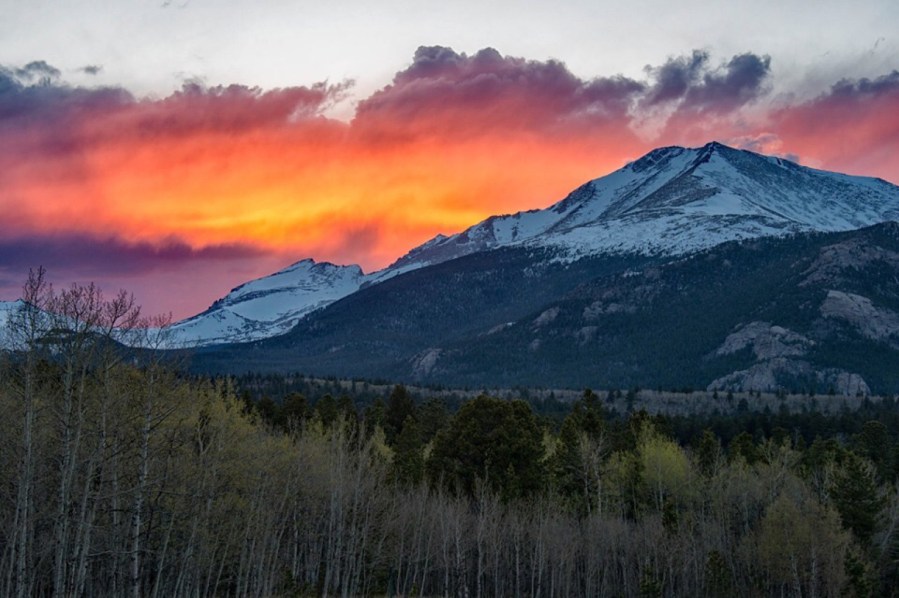 BCSO says a call was received on Saturday evening at approximately 8 p.m.

BCSO reported that they drove to the top of Ski Road in Allenspark, parked their car, and started hiking uphill on the north side of the summit.

They followed the stream, ran into snow, put arrows into the snow, then continued up to a ridge on the summit after which they were not able to find their way back down, according to BCSO. The group of four ended up making their way over to the south side of the summit and spent the night.

This morning they climbed back up to the top and a helicopter spotted them, BCSO said. Around 9 a.m., a rescuer jumped out of the helicopter and walked the group back down.