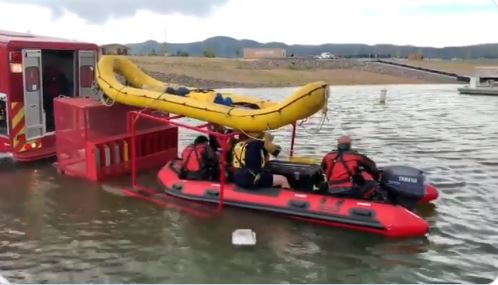 Authorities say two swimmers fell off an inner tube in the reservoir.

One individual was able to make it to shore and sustained minor injuries, while the second individual, a 28-year-old man, was still missing in the water.

Both individuals were not wearing personal flotation devices.

Two dive teams from South Metro Fire Rescue responded, and at about 4:30 p.m., the missing person was located under the water and transported to the hospital.

He was later declared deceased.

The Douglas County Coroner’s office will determine the cause of death and identify the victim.

“Our deepest condolences go out to the families and friends of those involved from all of us at CPW,” said Chatfield State Park Operations Manager Ben Vinci.