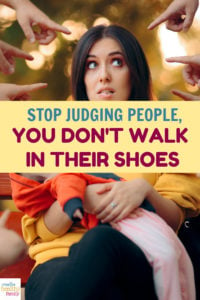 We humans are an incredibly judgmental species. From parenting styles to eating habits to political opinions, it seems nothing is safe from our scathing assessment. Well, I say it’s time to stop judging people, especially when we have no idea what their lives are really like. 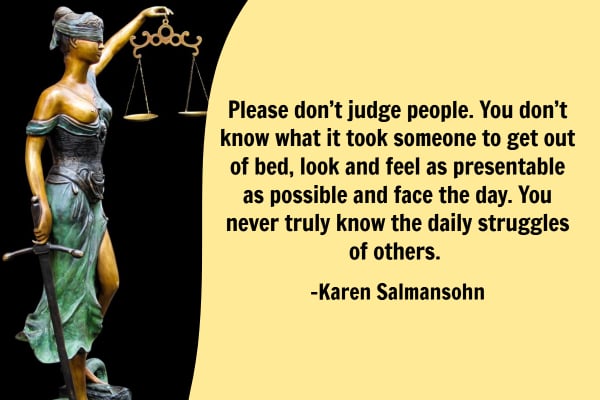 Please Stop Judging People, You Aren’t Walking in Their Shoes

Why do we so often feel like we have a fundamental right to judge every single choice made by every single person we meet? It’s such a strange thing to do if you think about it. So strange, in fact, that science has devoted decades to studying how we arrive at our judgments. Countless studies exist, from how we determine a persons’ worth by their appearance to how our emotions affect those opinions.

If you recall, a couple of months ago we talked about how you treat people is the only true measure of character.  Sadly, our own misguided judgments play a large role in how we decide to treat people. So, if we want to become genuinely better human beings, we need to start by letting go of our intense desire to judge others.  How do we manage that? We start by looking at why our snap judgments are so incredibly flawed. 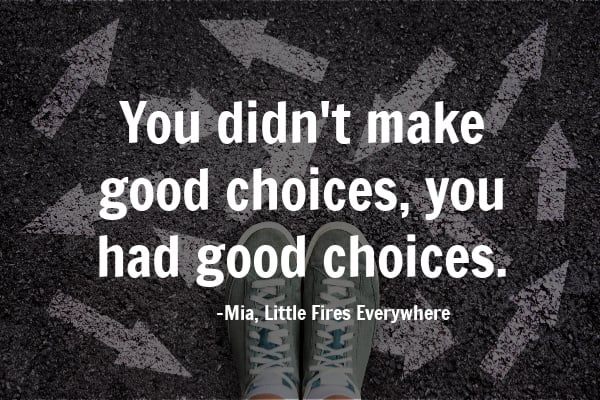 Have you seen that show, Little Fires Everywhere? Kerry Washington plays Mia, a struggling single mom. Reese Witherspoon portrays a wealthy married mom, Elena. In one scene, Elena says something snide about making good choices, or how the choices we make get us where we are in life. Mia replies, “You didn’t make good choices, you had good choices.”

It’s a powerful line, and so true if you really stop to think about it. I often see people comment on how we shouldn’t help the homeless because their choices made them that way. How we shouldn’t feed the hungry because they wouldn’t be hungry if they made better choices. We shouldn’t feel sorry for abused women because they choose to stay. It goes on and on. Don’t feel sorry anyone, don’t help anyone, don’t show empathy. After all, they made bad choices. They’re not worthy of our respect and compassion, right?

Wrong. So very, very wrong. That hungry family? They’re choosing between keeping a roof over their heads or food in their bellies. That homeless family? They decided to go with food instead of shelter. That woman? She’s choosing to suffer so her kids can have both. Or maybe not. Maybe they had a whole different combination of equally horrible options. Then again, maybe they had amazing choices and chose to blow them.

The thing is you don’t know which is true. Nor, quite frankly, do you have a right to know.  Just like you don’t have to explain yourself to anyone, no one owes you an explanation about how they got where they are in life.  Isn’t it better, then, to assume the best rather than the worst? To start from a place of sympathy and empathy rather than savage judgement. 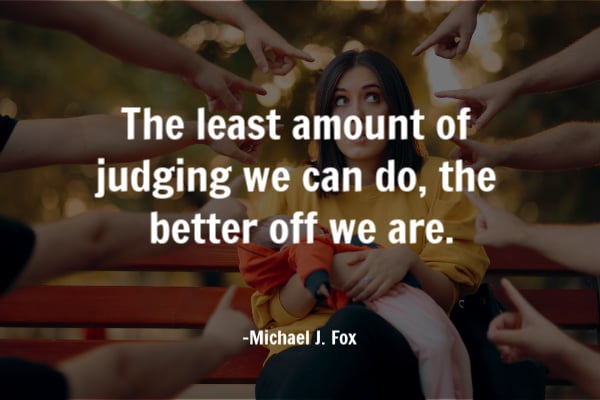 Of course, our judgments aren’t just reserved for the most downtrodden and vulnerable members of society. Like I said earlier, everything is fair game. Mom-shaming, for instance, got so bad a few years ago that there were entire campaigns urging people to knock it off. I admit it, I used to judge moms for letting their kids sleep with them or give the phone while in a restaurant. Then I became a mom and did it too!

I like to think we evolved past mom-shaming. Sadly, though, I think we just got bored and found new “shame games” to play. Today’s shame game? How well people are handling current events and isolation. If you’re upset about staying home for the foreseeable future, you’re selfish and want people to die. Okay with it? You’re supporting tyranny and don’t care about the country. Either way, you’re judged for your opinions. Hey, on the bright side, it’s election year, you’ll be judged for a whole new set of opinions in a few months! 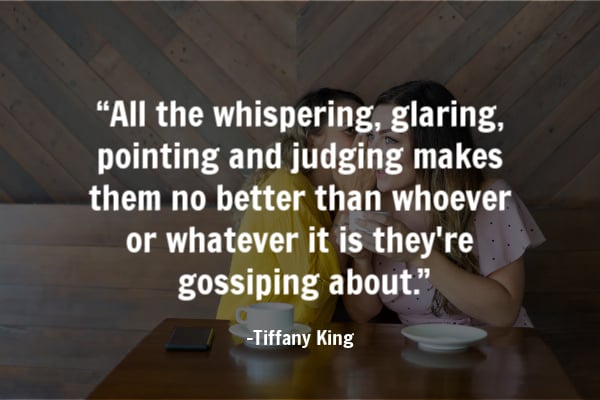 While you can’t stop others from judging you, you can stop yourself from doing it to them. Remember even if you can’t control anything else, you can always control your own actions. Isn’t it time to use that control to become a better person?

Stop criticizing the mom in her pajamas at the bus stop. She may struggle to even get out of bed in the morning because of pain or depression. Stop shaming the dad who never shows up to his son’s ballgames. He may be working an extra job just so his son can play sports. Stop attacking the woman buying a cake with food stamps. It may be the only gift her child gets for his birthday.

In short, stop assuming that everyone has the same choices that you have. Remember that we all lead different lives with different circumstances and options. If you can do that, you’ll be well on your way to becoming a better, less judgmental person.