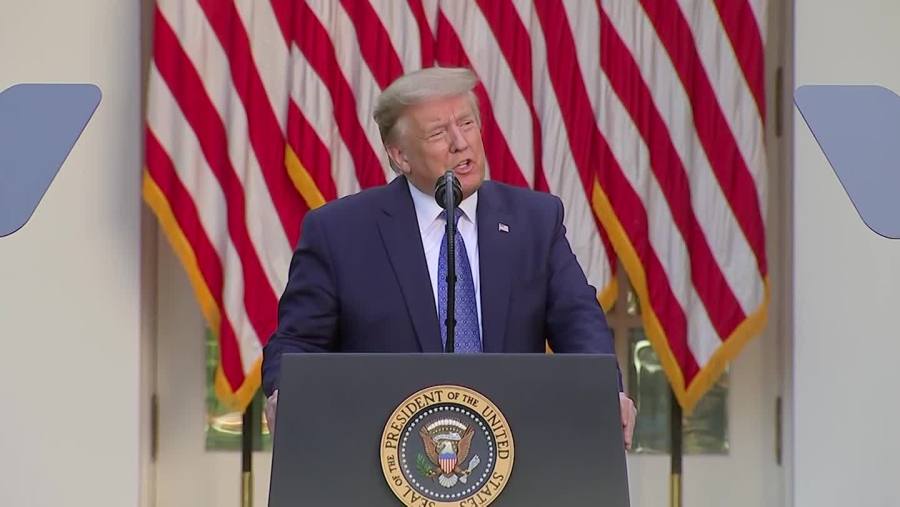 Washington (AP) — In a move applauded by President Donald Trump’s conservative religious base, his administration on Friday finalized a rule that overturns Obama-era protections for transgender people against sex discrimination in health care.

The Department of Health and Human Services said it will enforce sex discrimination protections “according to the plain meaning of the word ‘sex’ as male or female and as determined by biology.” This rewrites an Obama-era regulation that sought a broader understanding shaped by a person’s internal sense of being male, female, neither or a combination.

LGBTQ groups say explicit protections are needed for people seeking sex-reassignment treatment, and even for transgender people who need care for common illnesses such as diabetes or heart problems.

The reversal comes in the middle of LGBTQ Pride Month. Activists and Democratic lawmakers noted that Friday was also the four-year anniversary of the mass shooting at the Pulse gay nightclub in Orlando, Florida, in which 49 people were killed.

Behind the dispute over legal rights is a medically recognized condition called “gender dysphoria” — discomfort or distress caused by a discrepancy between the gender that a person identifies as and the gender at birth. Consequences can include severe depression. Treatment can range from sex-reassignment surgery and hormones to people changing their outward appearance by adopting a different hairstyle or clothing.

Many social conservatives disagree with the concept.

“Under the old Obama rule, medical professionals could have been forced to facilitate gender reassignment surgeries and abortions — even if they believed this was a violation of their conscience or believed it harmful to the patient,” said Mary Beth Waddell of the religious conservative Family Research Council.

But House Speaker Nancy Pelosi said, “Religious freedom is no justification for hatred or bigotry, and every American has the right to seek and receive care without intimidation or fear.”

“The federal government should never make it more difficult for individuals to access health care — during a pandemic or any other time,” said Dr. Susan Bailey, the group’s president.

Under the Obama-era rule, a hospital could be required to perform gender-transition procedures such as hysterectomies if the facility provided that kind of treatment for other medical conditions. The rule was meant to carry out the anti-discrimination section of the Affordable Care Act, which bars sex discrimination in health care but does not use the term “gender identity.”

“No one should fear being turned away by a medical provider because of who they are or the personal health decisions they have made,” said Fatima Goss Graves, president of the National Women’s Law Center.

The ACLU says it has already moved to try to prevent the rollback of protections for transgender people. The LGBTQ civil rights group Lambda Legal said it will sue.

Roger Severino, head of the HHS unit that enforces civil rights laws, said transgender people continue to be protected by other statutes that bar discrimination in health care on account of race, color, national origin, age, disability and other factors.

“Everyone deserves to be treated with respect and according to the law,” said Severino. “Our dedication to our civil rights laws is as strong as ever.” He cited recent actions to safeguard access to treatment for disabled people in the coronavirus pandemic.

For the Trump administration it’s the latest in a series of steps to revoke newly won protections for LGBTQ people in areas ranging from the military to housing and education.

The administration also has moved to restrict military service by transgender men and women, proposed allowing certain homeless shelters to take gender identity into account in offering someone a bed for the night, and concluded in a 2017 Justice Department memo that federal civil rights law does not protect transgender people from discrimination at work.

The new rule would also affect the notices that millions of patients get in multiple languages about their rights to translation services. Such notices often come with insurer “explanation of benefits” forms. The Trump administration says the notice requirement has become a needless burden on health care providers, requiring billions of paper notices to be mailed annually at an estimated five-year cost of $2.9 billion.