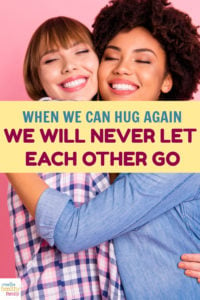 Have you seen all the hug memes floating around on social media? Each one is a bit different, but they all share the same sentiment- that first hug will be the most meaningful one ever. Considering the extraordinary benefits of hugs and the effects of “touch deprivation,” that makes a lot of sense.  Let’s discuss! 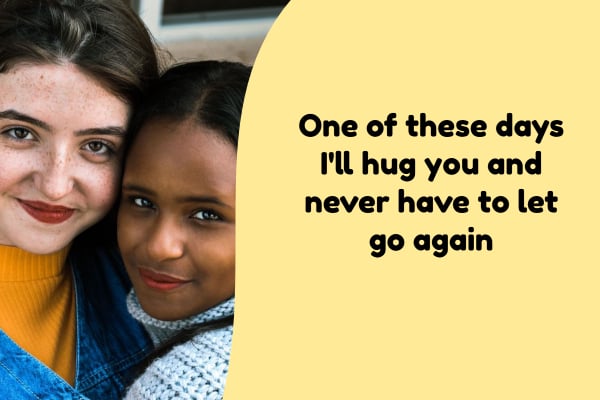 When We Can Hug Again, We’re Never Going to Let Go

I read an interesting article on the Charlotte Observer about how handshakes and hugs may not survive our current crisis. I can definitely see handshakes becoming a thing of the past. After all, hands carry more germs than pretty much any other part of our outer bodies. However, given all the wonderful memes about how we’ll hold each other so tight when this ends, I think it’s safe to say that hugging will survive. I sure hope so, anyway! After all, hugging is loaded with benefits. In fact, it may even help keep the doctor away, at least during “normal” times.

Does a hug a day keep the doctor away?

Hugging has the power to ease anxiety and help lift people out of depression by telling them they’re not alone. Hugs even help our bodies release oxytocin, aka the “love hormone.” However, one of its greatest scientific benefits is perhaps the one that’s most ironic of all- hugs might keep us from getting sick.

A 2014 Carnegie Melon University study found that hugging helps protect against stress and…wait for it…infection. The researchers wanted to find out whether hugs “act as a form of social support, protecting stressed people from getting sick.” What they found is incredible! Turns out, the more hugs you receive, the better you’re protected against certain types of infections.

It makes sense, really. Stress wreaks havoc on our immune system and makes us more susceptible to a whole host of illnesses. Hugging helps relieve stress and even helps lower your blood pressure. Unfortunately, in our current crisis, the risks of hugging those outside our household outweighs the benefits. However, in “normal” times, hugs are incredibly good for our health!

It stands to reason that if hugs are so beneficial, then not getting enough of them has to be affecting us mentally, right? Let’s find out. 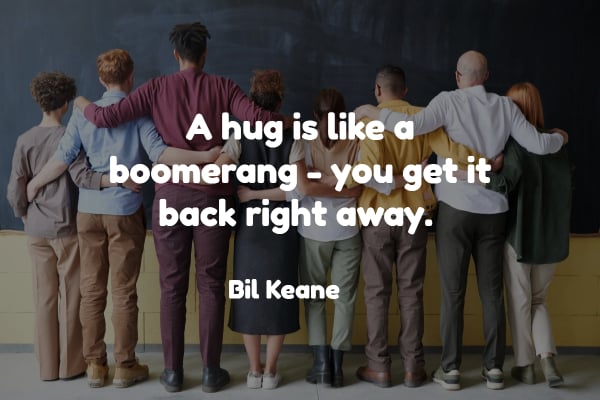 How is touch- deprivation affecting us mentally?

One of my favorite quotes comes from Virginia Satir. She says, “We need 4 hugs a day for survival. We need 8 hugs a day for maintenance. We need 12 hugs a day for growth.” Right now, aside from embraces from those who live in our homes, we’re not even getting 4, let alone the 12 for growth. Could hug deprivation be affecting us mentally? Is it even a real thing?

Of course, studies like that focus primarily on people who completely lack affectionate contact, so it’s doubtful that our temporary deprivation will be quite so catastrophic. Still, it goes to show that they are important. It also goes to show that those hug memes are on to something! That first one after all of this comes to an end is definitely going to “hit” different. We just need to show some patience so that we can get to the end, then we’ll never have to let each other go! 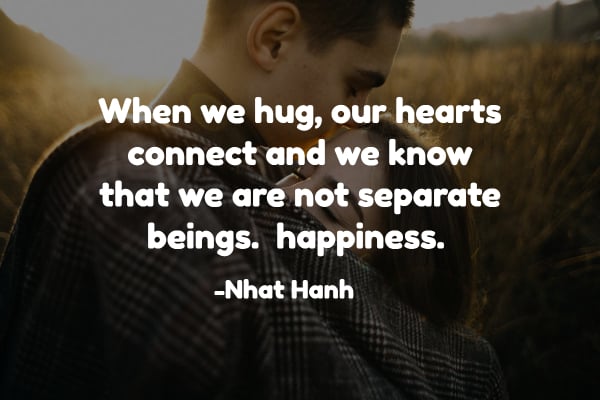 I’ll leave you with one last word of advice.  Out of all the quotes going around right now, there’s really only one that I don’t particularly like. It basically says, “I don’t care if you don’t like hugs, you’re getting one from me.” I think it’s important to remember that some people just plain don’t like to be touched. So, hug your fellow huggers tight, but please respect the boundaries of those who just aren’t that into them and find other ways to tell them how much they mean to you.

The post When We Can Hug Again, We’re Never Going to Let Go appeared first on Creative Healthy Family.